As I said earlier Tanzania is a vast country and blessed with a variety of interesting tourist attractions in all its corners.

Planning to visit Tanzania is a perfect choice most especially for wildlife lovers since the country is blessed with a lot of wildlife species in its national parks and game reserves. Tanzania will not accommodate only wildlife lovers but still, the culture lovers who would like to explore more about the African culture and visit different cultural attractions can find Tanzania an amazing country.

When it comes to mountaineering, still Tanzania is a perfect destination for those who would love to climb mountains since it's home to several mountains like Mount Kilimanjaro, Mount Meru, Mount Rungwe among others.

If we talk about wildlife in Tanzania, among the several wildlife species you can’t miss on your safari to Tanzania is mammals. The country is home to almost 20% of Africa’s large mammals in its different game reserves, marine parks, conservation areas, and its 17 national parks.

Wildlife parks and game reserve of Tanzania takes about 38% of the total land area of the country and they also consist of wetlands and animals tend to be closer to the wetlands more especially the water-loving animals like; waterbuck, hippopotamus, warthog, crocodile, elephant, sitatunga and also the water birds for example ducks and flamingoes.

How do you want to Explore Tanzania?

At a very affordable price, you can get a 4x4 vehicle for hire and it comes with several advantages like unlimited mileage, 24/7 roadside assistance, comprehensive insurance, and others that you will know after reading our car rental contract. You can easily WhatsApp us at +255 754 758 784 or email us at info@4x4selfdriveafrica.com and get details about the different 4x4s available.

Our fleet consists of the most reliable 4x4s like the Toyota Land Cruiser TX/TZ/VX, Nissan Patrols, Land Rovers, and others. Rent a 4x4 safari vehicle in Tanzania for as low as 90$ per day with unlimited millage. 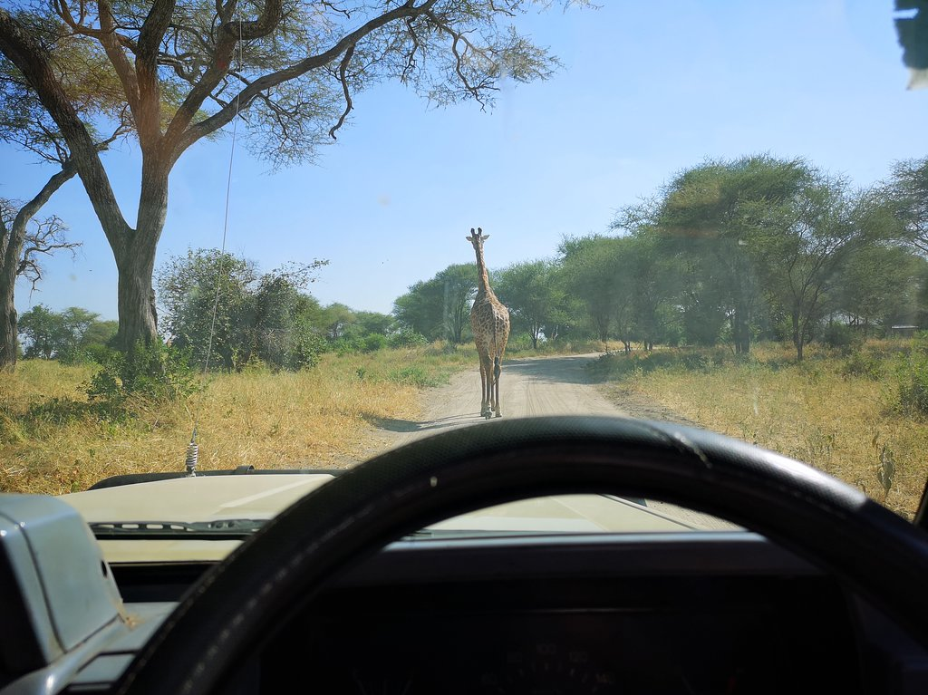 4x4 Safari Car Hire with a driver/tour guide in Tanzania

4x4 Car Hire with a Driver/Tour Guide in Tanzania

4x4 Self Drive Africa the Tanzania branch has recruited a number of locals who has enough knowledge about Tanzania and also for those going for safari we have a well experienced and skilled tour guides who are good in English and other languages on addition to Swahili. This option of hiring a car with a driver/tour guide is the best option for self-drive tourists who don’t fancy driving themselves, those who want to have a relaxed experience on a safari and those who would love to learn more about the Tanzania culture. You can enjoy a private guided safari in Tanzania and to the neighboring countries by hiring a 4x4 safari vehicle with a tour guide and those on business trips or projects in Tanzania we have good and experienced drivers. Our tour guides are available at 50$ per day.

4x4 Hire with Camping Gear or Rooftop Tent in Tanzania

Regardless of whether you are planning a budget safari, camper, or just you don’t want to book your accommodation in advance – 4x4 Self Drive Africa Ltd is offering self-drive car hire with a full set of camping gear in the back of your safari vehicle. Hiring a car with camping gear help you to not worry about where you will spend the night or finding when all the lodges in the park when they are fully booked, with the camping gear you just need a little space in the lodge compound where you can set your tent.

In case you a lover of the outdoor, or planning a budget self-drive safari in Tanzania, we have cars with camping gear and camper vehicles at very affordable rates just contact us for details. 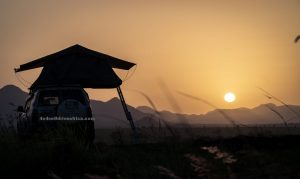 4x4 with Rooftop Tent and camping gear hire in Tanzania

If someone mentions African safaris, what comes to the minds of most people is visiting South Africa, Kenya, and Tanzania. So Tanzania being on the list of the best and most visited destinations in Africa means the country has a variety of tourist attractions that force tourists all over the world to add Tanzania to their travel list.

Below are some of the national parks, wildlife reserves, and cultural sites to visit in Tanzania. 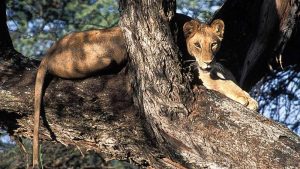 Lake Manyara National Park is the smallest park in Tanzania found at the base of the Rift valley escarpment. Although the National Park is famous for the tree-climbing lions, Big Cats in the park are not easy to be spotted. Elephants are the main attractions in the park 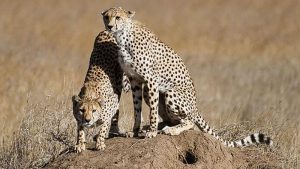 The park is one the most visited and loved national parks in Africa famous for its amazing wildlife and classic African scenery. The park is the oldest national park in Tanzania and it hosts thousands of the wildebeests and its where wildebeest migration take place. 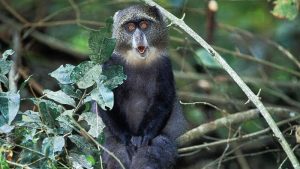 The Arusha National Park is one of the less visited national parks in Tanzania although it’s very accessible just in 55km from Arusha. The park is mostly visited by tourists planning to climb Mount Meru and also perfect for bird lover and primates lovers.

Suggested Self Drive safari Routes and Itinerary to Tanzania

In case you are not sure of where to start from after hiring a safari vehicle from 4x4 Self Drive Africa Ltd, just spare some minutes and go through our suggested self-drive safari packages in Tanzania you will get better knowledge and idea of where to start to draft yours or even you can pick one of them and customize according to your travel desires. You can book a self-drive safari package, a safari car and accommodation included and you come knowing where you going to start from and where to end or you can just hire a car and just take any route you want.

Explore the mighty Ngorongoro Crater in a 10-day safari that will reward you with amazing wildlife watching, visit last Tanzania's Bushmen, Hot air Baloon, and a visit to Empakaai and Olmoti Crater
MORE TANZANIA SAFARIS

Contact Details of 4x4 self Drive Africa Ltd in Tanzania