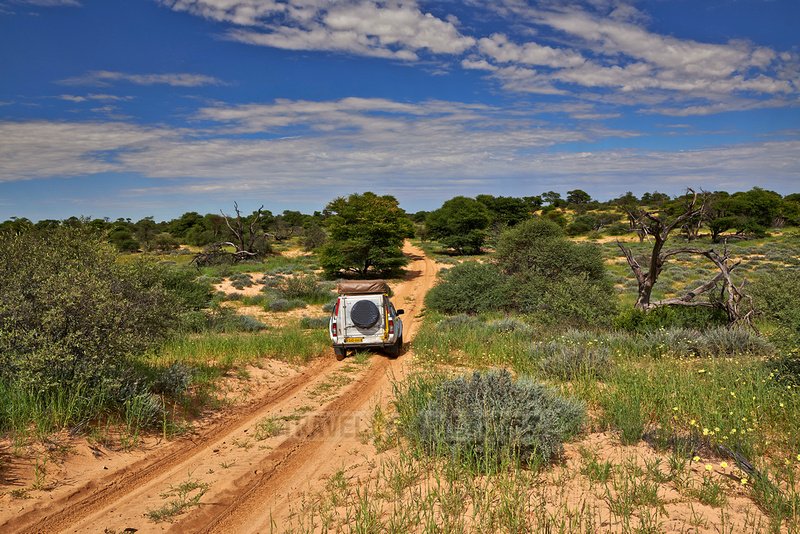 Covering a combined area of 38,000 square kilometers (15,000 square miles) and largely found within the southern Kalahari Desert, Kalahari Gemsbok National Park was gazetted in 1931 to protect the migrating wildlife especially gemsbok from being poached while Kgalagadi Transfrontier National Park was established in 2000.  This Protected Area is where the red dunes and scrub fade into infinity and herds of game, especially blue wildebeests, gemsbok, elands, and Springbok follow the seasons where camel thorn trees offer shade for the large black-maned lions and vantage points for the elusive leopards and numerous species of raptors. 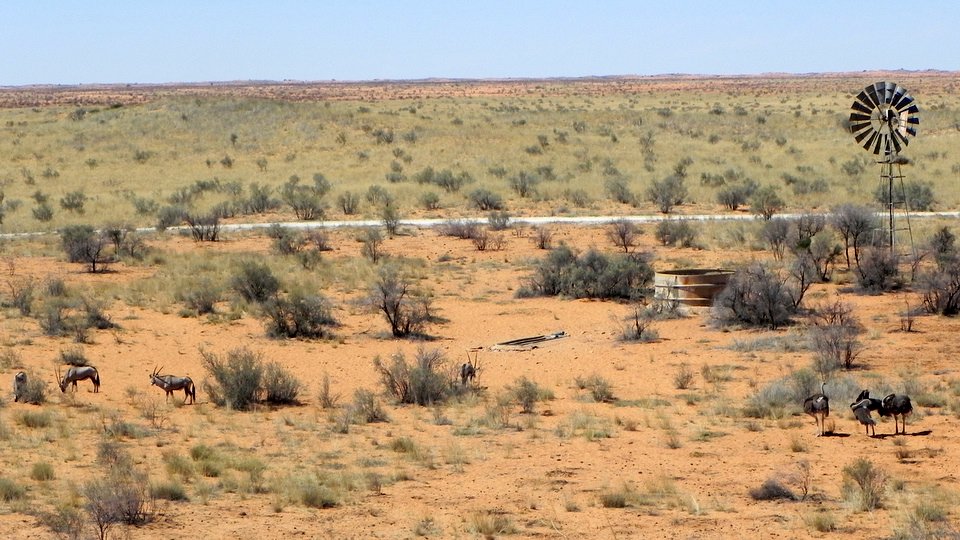 The landscape of this vast National Park mainly consists of red sand dunes, occasional trees, and scattered vegetation as well as the dry riverbeds of Auob and Nassob Rivers. These Rivers are believed to flow only once in a Century but waters also flow underneath thus providing life for camel thorn trees and green grasses thriving within the riverbeds.

Kgalagadi Transfrontier National Park is endowed with rich and varied wildlife species including migratory herds of large herbivores and mammalian predators such as the blue wildebeests, South African lions, Elands, Red hartebeests, brown hyenas, Cheetahs, Springbok, leopards and spotted hyenas among others. The majority of the animals gather within the dry river beds and water holes. Not only that, this Southern Africa National Park is a haven for more than 200 species of birds such as the secretary bird, vultures, buzzards,  eagles, and many others.

Some of the interesting activities to be enjoyed by tourists who visit this National park include swimming, game drives, bird watching through some of the fantastic birding and scenic trails, nature walks, and hiking.

There are only three fully-serviced Rest Camps with amenities such as swimming pools, shops, and air conditioning. The largest Rest Camp here is Twee Rivieren and features facilities such as an Information Center that is wheelchair friendly, a swimming pool, public telephone, a cell phone reception, and a shop as well as an a la carte restaurant that serves your meals from breakfast to dinner.

Additionally, there are also 6 wilderness Campsites within this remote National park and they offer comfortable accommodation, and bathrooms but visitors are always advised to bring their own firewood, food, and drinking water during Camping.