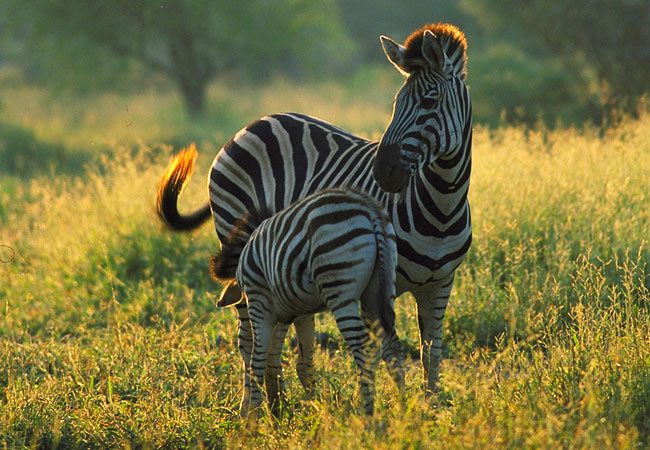 The Mountain Zebra National Park features the Eastern Cape nature reserve, an area that is filled by most of the rolling plains, craggy hills, and deep valleys and has turned to be a paradise for the cape mountain zebra. It is situated about 27 kilometers just outside the Cradock in the Eastern Cape. The Mountain Zebra National Park was founded in 1937 with an aim of offering refuge to most of the endangered mountain zebras that were poached and nearly got extinct around the 1800s. This national park derived its name from the Cape Mountain Zebra. These types of zebras are distinct from the plains or Burchell’s zebras featuring mainly narrower stripes, an absence of shadow strips, and orange facial coloration. Its terrain consists of rocky outcrops, mountain plateaus, and expansive grasslands, and the best sightings of mountain zebras are assured for you, their population has hiked drastically ever since the old days of uncontrolled hunting. The park features a number of antelope species most of which include kudus, elands, black wildebeest, and springbok and this makes game drives one of the best tourist activities that most tourists look out for while on safari in this park. Others include the red hartebeests and around the wooded valleys, you will have a chance to spot most of the newly introduced African buffaloes, and black rhinos. There are several short walks for those of you who have a bit of energy to walk and feel to stretch the legs as well as several hiking trails though this was halted when the buffaloes were reintroduced in the protected area.

For visitors who get to this park for a vacation, the notable wildlife species for you to spot out include blesbok, grey rhebok, mountain reedbuck, cheetah, suricate, bat-eared foxes, black-backed jackals, caracals, small spotted cat, African wild cat and the campsite you will spot out most of the vervet monkeys, savanna baboons, hyrax. For bird enthusiasts, there are over 258 bird species for you to catch a glimpse at this park. Most of these include the cape eagle owl, acacia pied barbet, the southern tchagra, southern boubou, and the 18 species of raptors especially the rock kestrel, jackal buzzard, and Verreaux’s eagles. Its landscapes mainly consist of dolerite rocks, mudstone, sandstone, and siltstone. The layout of this spectacular landscape can be spotted even when you are navigating along the Kranskop-Wilgerboom River route. Most of its vegetation comprises a combination of the eastern upper Karoo grasses and shrub land, escarpment grasses, and the escarpment thicket or the Riverine sweet thorn. The most exceptional game viewing spot is at the Rooiplaat, an area of the park that is filled with a variety of plant species that are famous to be palatable to most wildlife especially the springbok, the red hartebeest, black wildebeest, and others. Around the lower Wilgerboom area, in the valley, you can spot most of the kudus that are spotted while feeding on the acacia thorn trees. The craggy heights of the mountain zebra national park’s bank berg feature rolling plains and deep valleys and turned to be an entrancing preserve for most of the cape mountain zebras. It was gazetted around 1937 and covers an area of about 28412 hectares. Most of its floral species consist of the 3 vegetation types-the Eastern upper Karoo, Karoo escarpment grassland, and the Eastern Cape escarpment thicket which also combines the 3 biomes-the Nama Karoo, grassland, and thicket.

Getting to the Mountain Zebra National Park

This park is located about 12 kilometers away from Cradock town in the Eastern Cape. Visitors on safari in this park can travel up the N10 towards Cradock and then turn to the R61. The Mountain Zebra National Park is situated between Cradock and Graaff Reinet. There is also a 60-kilometer road network that allows you to explore the park while on self-guided game drives and several 4×4 routes for off-road cars. It is also situated between Cape Town International and the O.R. Tambo Airport about 9 hours’ drive from one another. You can as well take a flight to Cape Town or Johannesburg and choose to drive for the remaining distance. The other alternative flights take visitors to Port Elizabeth domestic airport where the park is about three hours drive or to Bloemfontein domestic airport which is four hours drive.

The main activities for you to engage at this park include game drives/game viewing and night drives which offer you the opportunity to spot out most of the bat-eared fox, aardwolf, aardvark, and caracals and sever nocturnal bird species like the spotted eagle owl. Other activities include the guided walks to the San rock paintings in the caves of this park; hiking, cheetah tracking, and birding where you will spot birds like the pale winged starling, martial eagle, jackal buzzard, blue crane, Ludwig’s bustard, grey winged francolin, verreaux’s eagle, ground woodpecker, large-billed and eastern long-billed lark, cape and sentinel rock thrush, mountain wheatear, orange-breasted rockjumper, pink billed lark, red-fronted tinker barbet, lesser honey guide, red-throated wryneck, southern Tchagra, and African rock pipit.

Where to stay at the Mountain Zebra National Park

There is a camp at this park which is set within the grove of trees and comprises of a caravan and camping site, 20 well-equipped chalets, shop stocking, basic provisions, a restaurant, swimming pool, and others. There are also 2 mountain huts and the Doornhoek Guest House which consists of 3 bedrooms.

The climate of the Mountain Zebra National Park

The Mountain Zebra National Park is mainly a summer rainfall area and received rains between October and March with hail and occasional thunderstorms. The snow regularly drops down especially on the peaks during the winter months and frost is also common. The winter temperatures tend to be very cold and reduce up to -10 degrees Celsius at night and summer temperatures can even reach up to 40 degrees Celsius.

Finally, the Mountain Zebra National Park is one of a kind safari destination that you shouldn’t miss paying a visit while on safari in South Africa.