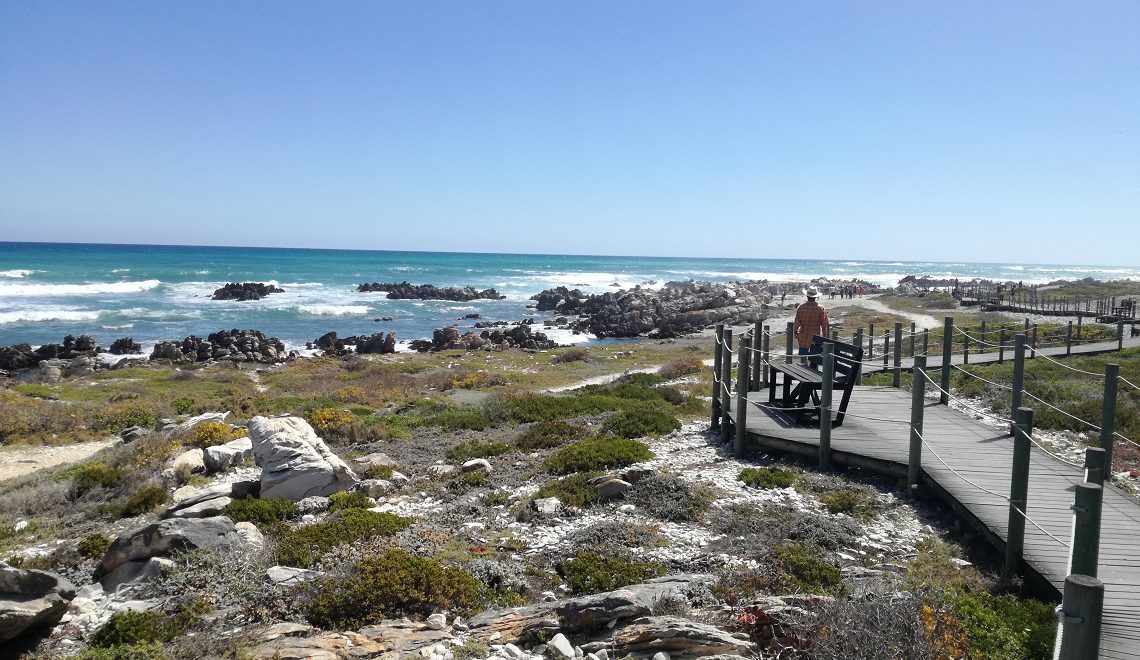 Agulhas National Park is located in the extreme southern part of Africa just at the meeting point between Atlantic and Indian Oceans. It makes up a section of the Cape Floral Kingdom UNESCO World Heritage Site. This park was named by the early Portuguese navigators who came to Africa in the 15th century while on their safari to the extreme southern point where they realized that their compass needles were not affected by magnetic deviation, pointing the true north instead and hence called it the Cape of Needles. The promontory is where the tip of the African continental shelf disappears into the ocean to make what is called the Agulhas Bank. The Atlantic and Indian oceans meet at this point just away from the border area with the Agulhas National Park. This is evidenced by a simple stone cairn.

This park a number of distinct vegetation that includes wetlands, salt pan and Fynbos and out of the 6 plant kingdoms in the world, the cape floral kingdom is the most popular one especially with its smallest and richest in diversity. This park features over 2000 indigenous plant species, 100 of which are endemic to the area and more than 100 are listed in the Red data book. 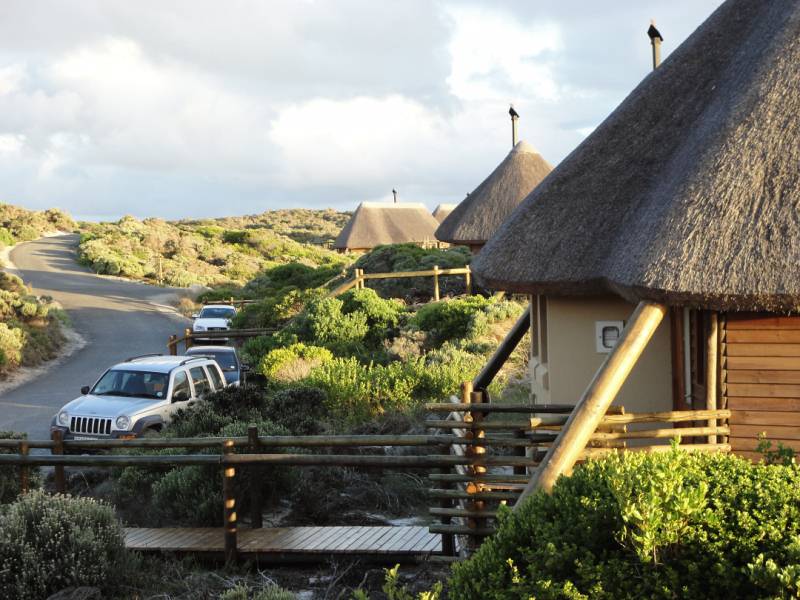 And variety of bird species especially the African black oystercatcher that make up a population of about 5000, the Damara Tern that is noted to be one of the most threatened species, the Cape clapper lark, blue crane, black harrier, black eagles and flamingos. About 21000 migratory and local wetland birds confine in this protected area each year and about 270 of them can be spotted out making it one of the best bird watching areas in South Africa. Besides, there are also other wildlife species for you to catch a glimpse at this park most of which include bush bucks, ostriches, Klipspringer, tortoises, porcupines, snakes, cape fox, the notorious honey badger or the endangered cape frog, whales that confine in the area to mate and give birth. Its abundant water makes it one of the excellent fishing sites in South Africa.

Historically, the Agulhas lighthouse and some of the shipwrecks on the coastline are remarkably the best and should be a must for you to catch a glimpse at while on safari in this park. As well, don’t miss the millennia old Khoi lifestyle, a place that is filled with several antiquities and describes much about South African natives and their history. The park also features a number of hiking trails especially the spook draai hiking trail and the Rasperpunt hiking trail which combines the history of the area while also permits you to enjoy the spectacular natural biodiversity of the place and the extreme southernmost tip of the Africa.

This park is situated within the Agulhas plain in the southern Overberg area of the Western Cape approximately 200 kilometers southeast of Cape Town. It extends along the coastal plain between Gansbaai and Struisbaai Towns. Around 2009, it covered an area of about 51790 acres.

Why need to pay a visit to Agulhas National Park?

This park is popular not only for its wildlife but also for its graveyard of ships which met their end in the geographically extreme waters where the Indian and Atlantic Oceans clash. This is called the Cape of Needles or ship’s graveyard where approximately 150 wrecks litter the ocean floor.

The lighthouse which is within a short distance east of the southern-most tip of Africa and it features as the second oldest lighthouse in South Africa. It was constructed around 1848 and it was modeled after one of the 7 wonders of the ancient word called the Pharaohs of Alexandria lighthouse. Visit this park for its biodiversity. From over 6 plant kingdoms in the world, the Cape Floral Kingdom is the most popular for being the smallest and richest in diversity. Other amazing activities that are conducted in and around Agulhas National park include fishing, kite surfing, boat tours, swimming, whale watching, Rasperpunt hiking trail, birding, Fynbos walks, Bredasdorp golf, museum and art galleries, self or guided drives to De Hoop and De Mond and others.

Getting to Agulhas National Park

When to visit Agulhas National Park

Overberg area and particularly the Cape Agulhas experiences mild climate, mainly hot and dry summers then followed by cool wet winters. This area is characterized by southeast or northwest winds throughout the year making it the Cape of storms. You can pay a visit to this park between August and April in the late winter to summer as the flora starts to bloom and the Fynbos can be admirable in their naturalness. It is during this period that most whales also confined in the area plus several migratory birds.

Where to stay in Agulhas National Park

If you are planning to spend a holiday at this park, the notable accommodation options include Agulhas Country Lodge, Rhenosterkop Rest Camp, Agulhas Rest Camp-consisting of chalets and many others.