Saadani National Park can be described as a great wilderness set across the East coastal ocean shore. This coastal park and also a game reserve recently gained a national park status around 2005. This Tanzania safari park covers a surface area of around 1100sq kilometers on the Indian Ocean beachfront and is particularly found north of the Bagamoyo area. 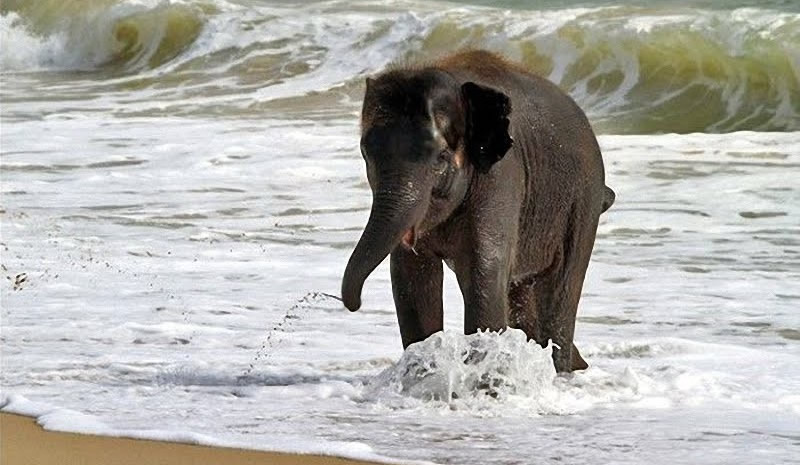 Elephant at the Beach in Saadani National Park

Around 2002, it was expanded to cover an area that has the Wamu river delta as well as south Mkwanja ranch doubling its former area when it was a game reserve in 1969. This reserve was greatly affected by poaching before but in recent years it has experienced a huge turnaround, due to the main initiatives on poaching, designed with integrating adjacent towns into the conservation efforts.

The park has become an amazing habitat for unique animals for instance salt grass flats for the beach, mangrove swamps at the Wamu river mouth along with the lowland mosaic ranch dominated by woodland forests, coastal thickets, semi-arid scrub, and salt marshes. The nearby Zaraninge forest occupies 200sq km of the national park area in canopy jungle and is particularly the largest east coast jungle. It is a really unique and amazing blend of coastal and inland biodiversity.

Currently, a surprisingly huge number of animals and also primates can be spotted in this park during the game drives and nature walks. Among the animals which can be spotted in this park include giraffes, buffalo, elephants, exceptional giant brown bats, warthog, lions, common waterbuck, reedbuck, hartebeest, wildebeest, red duiker, greater kudu, eland, sable antelope, yellow baboon and also vervet monkey.

The beachfront is mostly a unique breeding area for green turtles, Humpback whales (Nyangumi) along with dolphins (pompoo) coming from the nearby ocean waters.

A boat cruise around the Wami River offers an amazing chance of sighting hippos, crocodiles, and an array of riverine birds, such as the mangrove kingfisher and lesser flamingo. These beaches are among the final significant green turtle breeding spot in mainland Tanzania.

How to get there 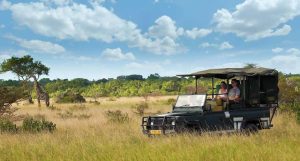 There are different ways how you can reach Saadani National Park and the first one is by the use of a Charter plane to Dar es Salaam at Julius Nyerere International Airport and then use groud transport to the park which can take something like 3hours drive. Still, budget travelers can use a bus which goes there 3 times a week from Dar es Salaam and the journey can take something like 4 hours.

Still, there are several tour agents in Tanzania that offer safaris to Saadani National Park like African Jungle Adventures Ltd, Tanzania Travel Guide, and others. These offer a full package safari which includes transportation in a comfortable 4×4 safari land cruiser, accommodation, and all tour activities you will participate in when you are in the park.

For self-drive lovers, there are several car rental agencies in the country that can offer 4×4 safari vehicle hire and you drive your own adventure to this amazing national park. In case you love camping, still, these companies have good and reliable camper vehicles and also 4×4 vehicles equipped with a rooftop tent and a full set of camping gear.

What to do in Saadani National Park

There are several interesting tourist activities you can enjoy in Saadani National Park which include Game drives which are mostly done in the morning and afternoon from where you can get a chance to see different animals in the park, guided nature walks, Boat trips to areas like the resting places for crocodiles and also places where hippos swim from.

Swimming is becoming a well-known activity and then sunbathing. The white-sand beaches and turquoise waters radiant by the exotic sun are impressive. The setting of Palm trees floating in the wind, old-fashioned dhows carefully docked; as fishers throwing fishing nets in the waters define daily dawn in the park.

Stop by Saadani fishing village, which is inside the reserve, where a series of ruins from the 1800s trade port. 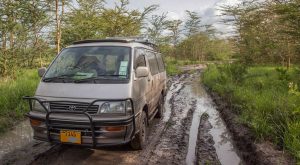 Generally visited throughout every season, unfortunately, roads in many cases are impassable from April and May that is why a 4×4 vehicle is recommended when planning to visit Saadani National Park.

The best game viewing in Saadani National Park is during the months of January and February and also from June to August.

There is a single luxury tented camp close to the park border. Numerous campsites from the park.