The park is found over 300km from Dar es Salaam and is known to be the second-largest biodiversity national park in Africa. The Udzungwa Mountains National Park is a chain of a dozen wide forest-covered mountains which soar majestically to a peak of 2576m from the eastern side of Tanzania.
The park itself is located in the southern part of the Kilombero plains and is also a single distinct terrestrial Park stretching out a section of 10,000sq km.

The particular area includes rugged plateaus, falls, thick jungle, miombo woodlands as well as the rolling hills and mountains that result in the Eastern Arc Mountain ranges and even make lastly the Taita Hills. The plains stand out as a drainage region for River Kilombero and Ruaha that in fact meander in the park. 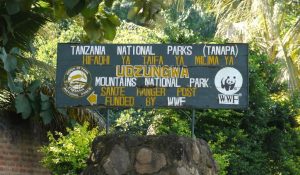 It additionally has a great network of forest tracks, including the popular half-day trail towards Sanje Waterfall, which falls 550 feet in a misty spray towards the forested valley underneath.

On the more strenuous 2 days, Mwanihana Trail takes you to the great plateau, with its spectacular viewpoints above neighboring Sugarcane farms, prior to climbing to Mwanihana peak, the next highest point from the mountain

Bird watchers are usually drawn to Udzungwa a great wild bird variety of more than 400 species, belonging to the wonderful and readily-located green-headed oriole to above dozens of rare Eastern Arc habitants. Some bird species are peculiar in the Udzungwa, like a forest partridge first identified around 1991, Scaly Francolin, Rupell’s vulture, Asian genus, Green pigeon, African fowl, and forest kingfisher, trumpeter hornbill, crowned eagles, stripped kingfisher, fiscal shrike and others.

Take the road from Dar es Salaam or maybe Mikumi National Park. Via Dar es Salaam, it is actually 350km plus a 5 hours drive, southwest of Mikumi.

Another convenient way to explore Udzungwa Mountains National Park is by hiring a 4×4 Safari vehicle from any of the many car rental agencies in Tanzania like 4×4 Self Drive Africa Ltd, 4×4 Tanzania Ltd, Road Trip Africa, and many others. These companies offer both self-drive car rentals and also can offer a 4×4 car with a driver in case you don’t have any idea of how or what to start with when organizing a safari to Tanzania, these companies have pre-planned trips from where you can choose and see which one fits your budget and time of travel. 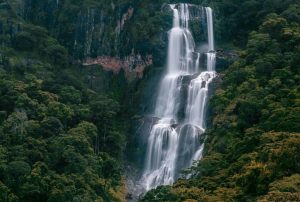 There is certainly much to do, starting with a two-hour walk to the waterfall to camping.
Match it with stops to the nearby Mikumi or try out Ruaha.

The dry season will be from June up to October leading to little rains nevertheless be equipped for bad weather anytime. The downpours normally make roads slippery.

There are actually camping sites from the park nevertheless; you must bring all food and equipment with you. In addition, there are a couple of simple but comfortable lodges with fully furnished rooms nearly close to the park gate.