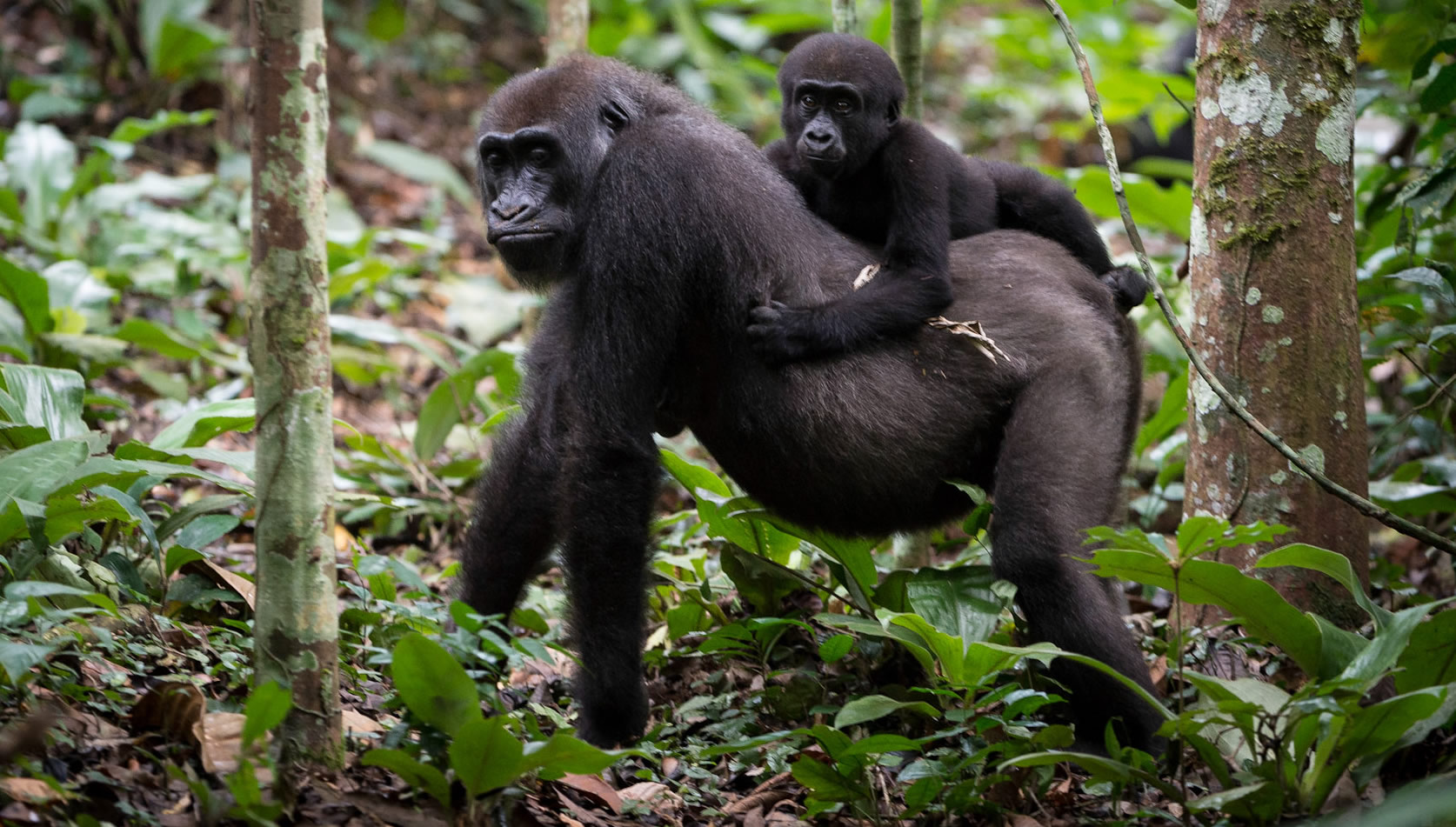 If there is a country that is as beautiful and rich in terms of biodiversity as Paradise, then it’s the Democratic Republic of Congo. Where in Africa will you still find large tracts of natural forests or numerous endemic species? It is only this Central African country. A trip to this destination makes you feel like you are in another Planet and there are several Heritage Sites that you will be amazed exploring. These sites comprise of some of the vast, very diverse and most endangered attractions and Reserves, and unlike other places, all the UNESCO World Heritage Sites within this country are natural with extraordinarily abundant biodiversity.

Therefore, the following are the outstanding UNESCO World Heritage Sites i(of ecological and  biological importance) in Africa that are found within the Democratic Republic of Congo;

This National Park was established in 1925 to mainly protect the critically endangered mountain gorillas, making it the oldest Park in Africa and was designated a UNESCO World Heritage Site in 1979 extending for 7800 square kilometers between the southern Virunga Mountains and the northern Rwenzori Mountains. The Park is characterized by several habitats including Afro-montane forests, steppe, snowfield, swamps, savannah, Lava plains and Afro-alpine vegetation which all support abundant biodiversity including the mountain gorillas, chimpanzees, Hippos, buffaloes, elephants and over 700 species of birds as well as 78 Amphibian species. However, the conservation of Virunga National Park is greatly affected by the presence of militant groups, deforestation and poaching as well as the planned oil exploration by a UK-based Company which as expected will affect the Park. 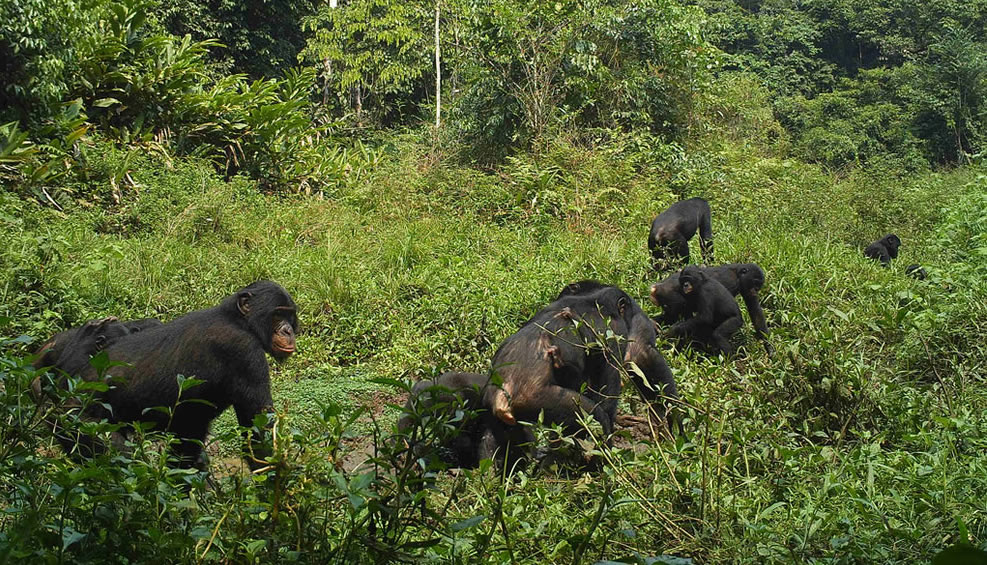 With an area of 36,000 square kilometers in the Congo River Basin, Salonga National Park is the World’s second largest rainforest National Park and was designated a UNESCO World Heritage Site in 1984 protecting the thick rain-forest. Due to the dense vegetation and remoteness due to the vast water bodies in the Park, it can only be accessible by air or water, hence the reason it receives few tourists. Salonga National Park is popular for offering outstanding species of wildlife such as the Slender-snouted crocodiles, Bonobos, dwarf chimpanzees, forest elephants and forest buffaloes among others. This rainforest National Park is also environmentally important for climate regulation and sequestration of carbon but is also a have to the population of pygmies and local communities.

Kahuzi-Biega is one of the few tourist destinations in the world for lowland gorilla tracking. It was gazetted in 1970 to protect these exceptional gorilla species and designated a UNESCO World Heritage Site in 1980 due to the numerous natural attractions that can be spotted. This Protected Area surrounds a Mountain range dominated by the extinct peaks of Kahuzi and Biega Mountains. Kahuzi-Biega National Park is nestled between the Albertine Rift and Congo River Basin, and is characterized by thick lowland rainforests as well as montane forests which offer shelter to the eastern lowland gorillas, red faced chimpanzees and forest elephants in addition to birds, reptiles and Amphibian species. However, this Park has severely been affected by illegal mining, poaching and agricultural activities that have continuously degraded the attractions and beauty of the Park and its exceptional attractions. 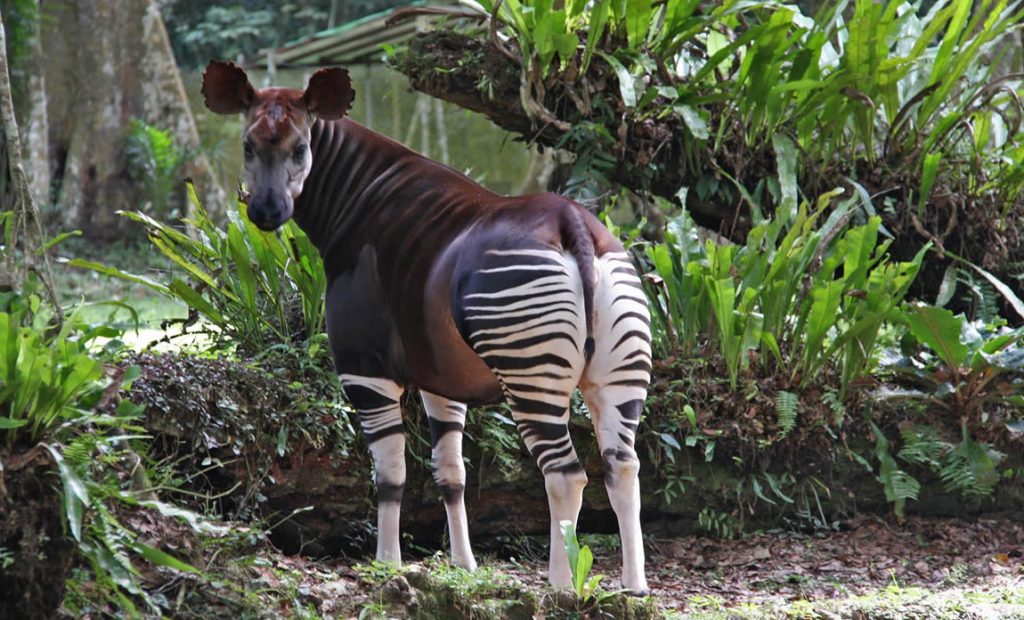 Gazetted into a Reserve in 1992 to protect the Okapi and designated a UNESCO World Heritage Site in 1996, Okapi Wildlife Reserve is another important site in the Democratic Republic of Congo comprising of almost one-fifth of the entire Ituri Forest on the north-eastern sides of the country. This rainforest surprisingly supports a high level of endemism and Okapi Wildlife Reserve is endowed with the World’s highest population of the Okapi and other wildlife species such as dwarf chimpanzees, dwarf chimpanzees, Bonobo, gorillas ands forest buffaloes among others. In addition to the wildlife, this Reserve is also a haven to the native Efe and Mbuti pygmies who have conserved the Reserve as an important part of their lives.

Much as Conservation of the Reserve is taken seriously, it still faces several threats including rebel activities and poaching which generally threaten the extraordinary wildlife and their habitats. 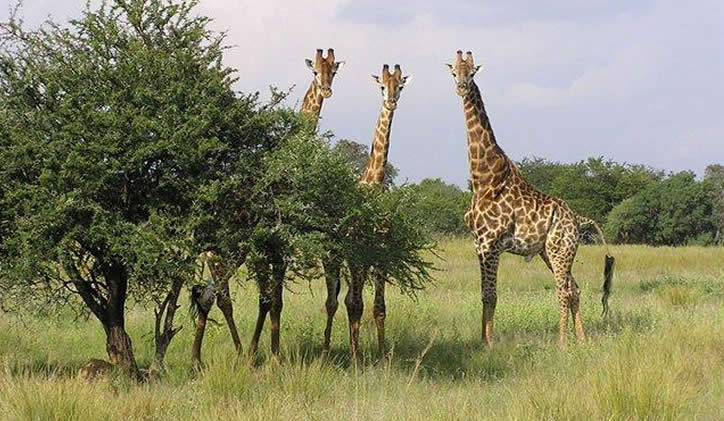 Established in 1938, Garamba National Park was designated a UNESCO World Heritage Site in 1980 due to its rich biodiversity. This Protected Area is an extensive area characterized by open woodlands and guinea savannah as well as several permanent water bodies that support the existence of numerous flora and fauna. Its location within the transition zone between the thick and humid forest eco-regions and the savannah vegetation make this site one of the most significant areas.

Garamba National Park is a haven to some of Africa’s most wonderful species of game like the elephants, spotted hyenas, white rhinos, Hippos, chimpanzees, Congo giraffes and lions. However due to poaching, less than 50 white rhinos remain in the Park making this park one of the most endangered Conservation Areas in Africa.