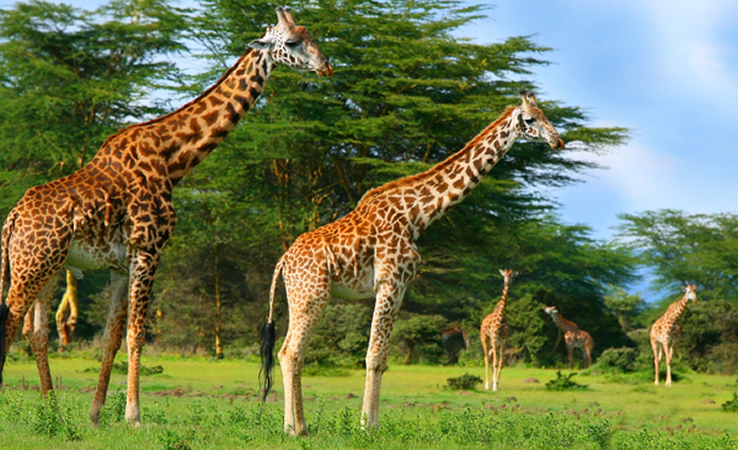 When I was 11 years, my dad bought me a zoo book and I used to read and enjoy seeing the different wild animals in that book, I realized that one day I will love to visit Africa for wildlife watching safari. My greatest desire is to watch predators like lions, leopards, and other big animals in their natural habitat. When I made 19 years after high school, the gift I got from my daddy as a way to congratulate me, he surprised me with the idea of going on a vacation to Africa and left me with the chance to choose the countries we should visit in our two weeks trip to Africa.

Then I went online to read about different interesting wildlife destinations in Africa and I come up with South Africa at the top of the list, Namibia, Tanzania, Kenya, and others. I decided to choose Kenya and Tanzania reason being it’s easy to visit them on one safari. As I was reading more about these countries, I come across the idea of self-drive safari whereby the tourist just needs to hire a safari vehicle from any car rental company and drive their own adventure through the two countries. I found this idea interesting and I had to discuss it with my daddy he allowed me to look for a good car rental agency in Kenya from where we can hire a safari vehicle from. Among the many car rental agencies we contacted, 4×4 Self Drive Kenya Ltd offered us a good deal on a Toyota Land Cruiser VX/V8 with a pop-up roof for wildlife watching in national parks.

Stepping in Kenya for the first time and driving in Africa made me realize that going for a safari in Africa is really amazing as I have been always been imagining, actually I think it’s even better than real life.
Most people when they think about an African safari, what comes to their mind is a private game drive but there are a lot many different things to do when on a safari in Africa.

Despite how you go on safari in Africa, however, I think there are a few things worthy of knowing before you go for a safari.

Here are some of the things you should know and put in mind before traveling to Africa for a safari.

1. You will start early

Wildlife animals are not really like people, they are most active in the morning in the first light and again in the evening at the sunset. What’s more, this implies that you are expected to start your safari game drive early in the morning and then in the afternoon after lunch. In Kenya and Tanzania, our game drives would start at around 6:30 a.m. and return to the lodge at around 10:00 a.m. for a full breakfast.

This timing was really amazing because it’s like hitting two birds with one stone, we managed to see the beautiful sunrise in addition to the many animals which are more active in the morning. Even if you are not a morning person, try to force yourself to be one when you go on a safari in order to get the best from your African safari.

2. Every Game Drive is different on a safari 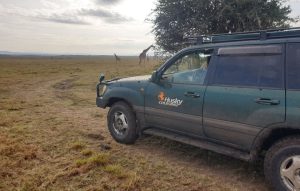 Wanting to skip one of the morning game drives because you want to sleep a little longer will make you miss some things. No two game drives will at any point be similar because these animals are in their natural habitat and they move freely you will not at any point see the exact same thing in case you go on various game drives.

Don’t miss any game drive, when we were in Maasai Mara Game Reserve on one game drive we spotted two lions eating after a kill, herds of elephants grazing, and much other amazing wildlife and on another game drive, we got an amazing chance to spot pair of lions mating. So, every game drive on an African safari is different and it’s recommended to not get tempted to miss one because of any reason.

Furthermore, obviously the more national parks you visit, the more chances you’ll have for interesting sightings. In Serengeti National Park, for instance, we got a chance to have a bird’s view of the Serengeti plains in hot air balloons and get up close to herds of elephants.

3. You’re not guaranteed to see anything

Obviously, when it comes to an African safari, you are not guaranteed to see everything you want. All things considered; we are talking about wild animals in a huge national park without a fence or barriers to restrict the movement of the animals. So since these animals are in their natural habitat and are free to move anyhow, you’re not guaranteed to see everything and that is the reason why we also emphasize not missing any game drive while on the safari.

For example, I was really eager to see black rhinos in Maasai Mara Game Reserve, I managed to see all the big 5 animals minus the black rhinos until I went to Mkomazi National Park in Tanzania and finally managed to herds of Rhinos.

4. Choose well where to spend the night 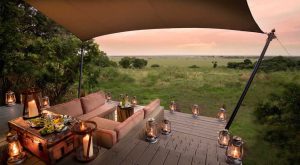 While the facts confirm that you have the same chances to see animals in national parks as anyone else there, where you choose to spend the night certainly can have an effect on your general safari experience.

Try not to get discouraged, however, if you’ve been out on a game drive for some time and haven’t seen anything yet. The rangers who work in the parks (and particularly for the private game lodges) are very great at what they do. They communicate with other rangers in the park to find out where the best sightings are taking place.