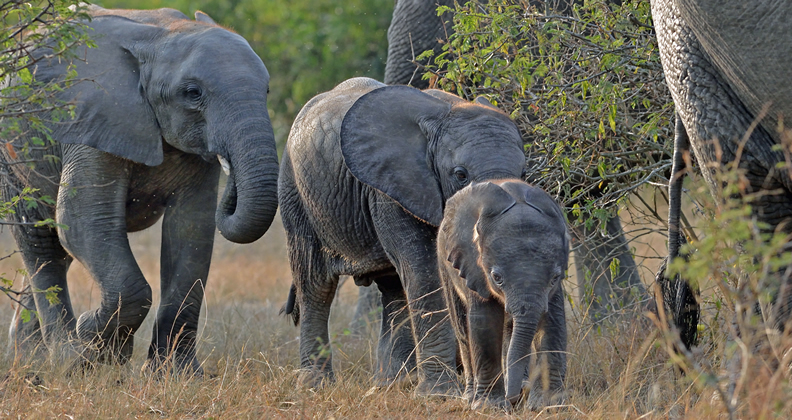 What are the most exciting wildlife places in Uganda?

Uganda being the pearl of Africa offers the best wildlife destination. Many places have been gazetted and made amazing homes to different wildlife species hence easing conservation and sustainability.  Wildlife places have been categorized into national parks where animals are left to roam aimlessly, reserves, and other protected areas. Uganda consists of numerous exciting wildlife places which attract a great number of tourist inflows.

This is located in the northern region of Uganda and is ranked as the largest conservation area. It is famous for its stunning Murchison falls and the numerous wildlife species that attract a great number of nature lovers. Adjacent to Murchison falls, there are other attractions such as Budongo forest, Bugungu and Karuma fall wildlife reserve. 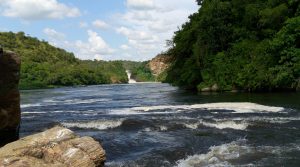 Murchison falls also known as the Kabalega falls is found on the course of the great Nile, breaking the stunning Victoria Nile flowing from the vast Lake Victoria to Lake Kyoga continuing to the northern edge of Lake Albert. A beautiful rainbow is formed at water squeezes into a narrow gorge hitting so hard on the rocks creating a thunderous roar giving an amazing scenic view. The park derives its name from the magnificent falls and while at the great Nile, you can sight aquatic wildlife species such as the Nile crocodiles, hippopotamus, and some aquatic birds. Murchison falls is a must go for Uganda safari and is one of the best national parks to visit while on a safari in Uganda.

Murchison fall conservation area and its natural settings of Budongo and Rabongo forests having a large population concentration of chimpanzees and other primate species such as the baboons and monkeys, bird, and plant species. 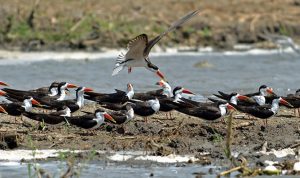 Queen Elizabeth National Park is a protected area located in western Uganda named after the royal Queen of England established in 1954. It is characterized by savannah and wetland to riverine and lowland forest. It comprises a variety of physical features such as the wide-open plains, volcanic features like volcanic cones and deep craters, lakes which provide a scenic view and best for wildlife safari in Uganda.

The park is famous for its abundant exotic wildlife species such as the big five mammals like the buffaloes, elephants, hippopotamus, African leopards, other species like oribis, Ugandan kob, hartebeest, antelopes, baboons, chimpanzees in Kyambura gorge, and the stunning tree-climbing lions. The park is gifted with a variety of bird species over 500 species making it the best birding destination. Queen Elizabeth national park offers the best amazing tourist activities such as game drives, boat cruise, nature safari walk and birding among others. 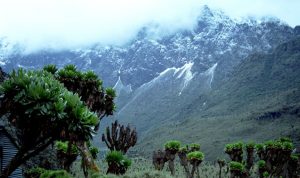 Mountain Rwenzori National Park is a magnificent mountain lying in western Uganda along the Uganda-Congo border. The park was named after a UNESCO and made a world Heritage site in 2008 because of its extraordinary natural beauty. It is a block of rocks not a volcanic mountain found in the western rift valley and was christened the fabled mountains of the moon It is home to the most stunning landscapes in the world and is located in the Rwenzori Mountains. The park has a variety of mystical features such as amazing waterfalls, glaciers, the valley of the nine lakes, abundant flora and fauna with a variety of endangered species, and other mind-blowing scenery.

Mountain Rwenzori offers world-class hiking and mountaineering because it is a block of rocks, with Margherita, the highest peak in Uganda, and the third-largest in Africa at 5100m ASL. However, there are some other activities embraced by tourists such as mountain hiking and nature walk. 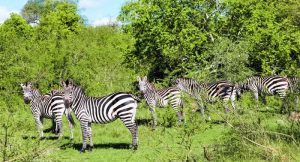 Lake Mburo is one of Uganda’s smaller parks with its landscape characterized by savannah and acacia woodland. It consists of a variety of habitats such as the bushy thickets, swamps, rock outcrop, savannah, open and woodland, lakes and swamps which are seasonal and permanent, forests and grassy valley. The park harbors several species of both mammals and birds found now were in Uganda. Lake Mburo national park is the only park with errands, impala, and klipspringer. It’s home to a great population of zebras and the highest concentration of leopards. Other wild species include the Uganda kob, African buffalo, waterbuck, topi, oribis, and reedbuck are also spotted at the park. During night drives nocturnal species are sighted such as the bushpig, white-tailed mongoose, genet, and hyena.

Semliki national park is the newest national park in Uganda found in the Bundibugyo district. It’s famous for its Sempaya Hotsprings the female and male hot spring. The temperatures at the hot springs are high over 1000 degrees Celsius and it’s used for hard boiling. Tourist comes with foodstuff like eggs, matooke, and greens which they boil for less than 30 minutes. Different primate species are spotted in the forest zones of Semliki national park such as the red-tailed monkey, vervet monkey, grey-cheeked mangabey, elephants, chimpanzees, pygmy antelopes among others. The park comprises a diverse bird species inhabiting the lowland tropical forests. 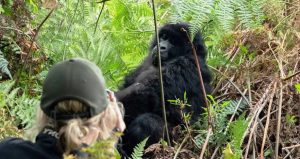 Bwindi Impenetrable National Park is Uganda’s most remarkable gorilla safari destination which lies in southwestern Uganda on the rift valley edge. It is a UNESCO world heritage site formed by part of Bwindi impenetrable forest embraced with the richest ecosystems in Africa. It is gifted with five major rivers that pour in Lake Albert the park harbors more than 120 mammal species and 356 bird species and protects over 450 mountain gorillas which are habituated and made ready for tourism purposes.

The park offers a great opportunity to encounter the Bakiga and the Batwa pygmies. Gorilla tracking areas in Bwindi National Park include Buhoma, Ruhija, Rushaga, and Nkuringo. Other wildlife species hosted at the park include primates such as monkeys like the vervet monkey, red-tailed monkey, black and white colobus, grey-cheeked mangabey, forest elephants, bushbuck, antelopes, forest duiker antelopes, and 200 butterflies. 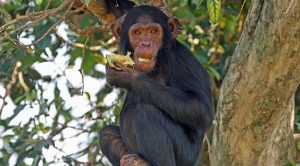 The park is home to one of Uganda’s most tropical forests. It is home to a large population of chimpanzees and different wildlife making Kibale the best destination for a safari. Kibale national park has a diversity of primate species and endangered species in their natural settings. The northern sector of the park experiences abundant rainfall totals in the month of March to May and September to November which requires one to wear dense and thick clothing.

The park is famous for its high population concentration of chimpanzees and other wildlife of 70 mammals, 13 primates, and 375 birds. Kibale is one of the famous researchers’ sites in Africa and the main focus is put on chimpanzees and primates. It’s ranked as one of Uganda’s rewarding safari destination. 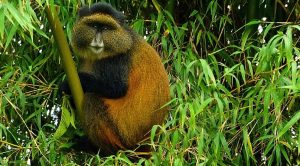 Mgahinga National Park is found in southwestern Uganda bordering Uganda, Rwanda, and Congo. It’s famous for its magnificent extinct conical volcanic mountains, the Muhavura, Sabinyo, and Gahinga Mountain. It lies up in the clouds close to the Kisoro region. A tour around the park exposes you to rare animal species and offers a significant cultural experience of the Batwa.

The Batwa pygmies were the first forest people, a tribe of food gatherers and hunters. The extinct volcanic mountain in Mgahinga provides outstanding wonderful scenery. Mgahinga is famous for its rare mountain Gorillas and endangered golden monkeys with other species like elephants, duikers, antelope’s reedbuck, waterbuck, and nocturnal creatures like bushbuck, bush pig. It offers the best exploration destination to trackers.

Mount Elgon is an extinct volcano found in Mountain Elgon national park and the park derives its name from the famous mountain. It is shared by both Uganda its part gazetted in 1992 and Kenya gazetted in 1968. The park gives a great opportunity to bird watchers and photographers as well as sees other mammals are sighted during the safari.

Different features are found within the park and these include water-falls such as chebenet falls, Sipi falls, and caves like the Kapkwai, hot-springs in the former volcanic craters, rivers like Sipi River, and the beautiful flora and fauna. The cave in the park shows the ancient paintings near the trailhead. Mountain Elgon national park offers the best safari tour experience. The vegetation cover along the mountain slopes are habitats to a variety of wildlife species such as Buffaloes, spotted hyena, squirrels, duiker, oribis, Defassa’s waterbuck, and primates such as the white colobus monkey and the Blue monkey. 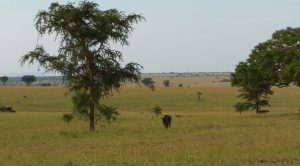 Kidepo Valley National Park is an isolated park found in north-eastern Uganda through the wild frontier region of Karamoja in the Wilderness in the Kaabong district. It lies in the rugged savannah between Uganda, Kenya, and Sudan borders and was gazetted in 1962. Kidepo national park is blessed with two valleys for example Kidepo valley and Narus valley which are seasonal. Other attractions in Kidepo Valley National Park include the Kanangorok hot spring near the Sudan border.

Kidepo valley national park is ranked as the finest wilderness found at the core of the savannah landscape and is gifted by nature. It is home to over 75 mammals and 470 birds providing the best game viewing location. Kidepo offers the best cultural encounter of the Karamajongs whereby you get to know their lifestyle, cultural dances, face, and body toning among others. It offers a great game viewing where you encounter wildlife species like buffaloes, ostriches, African bush elephants common visitors of the Narus valley, striped hyena, leopards, cheetah, lions which are occasional visitors in the park.

Being an isolated national park in Uganda, access to Kidepo requires a strong 4×4 vehicle such as Land Cruisers, Land Rover, or Nissan Patrol / Safari. The roads are almost impassable during heavy rains. Contact 4×4 Uganda for more information and advice about which car model can perform best in Kidepo valley National Park. They offer budget car rental in Uganda, Rwanda, Kenya, and Tanzania, with camping gear and rooftop tents at the most affordable prices on the market.