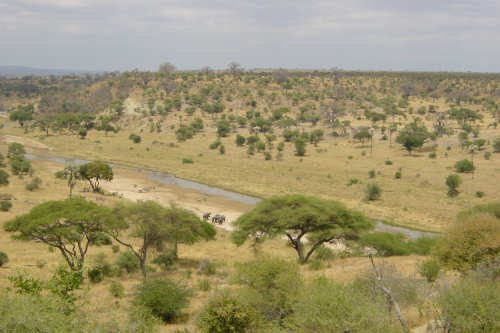 Rungwe Game Reserve is one of the remotest Wildlife Areas in Tanzania and was gazetted in 1951 to protect the extension of Ruaha National Park, which is undeniably the second largest Protected Areas within the country after Selous Game Reserve.

This Game Reserve is found within Manyoni District in Singida region, on the northern side of Ruaha National Park and covers a total Area of 9000 square kilometers (3500 square miles) of mainly rolling hills mixed with patches of forests along the streams and the Mpera River Valley that offers water to the animals during the dry season (July to September and December to February) hence making them the perfect areas for game viewing.

Rungwe Game Reserve was established in 1951 and covers an extensive part of western and central Tanzania in addition to primarily having the landscape covered with Miombo woodlands with acacia, granite kopjes, riverine forests and Combretum scrubs providing tourists with access to the dense thickets that are undeniably ideal vegetation type found in only two regions in Africa. One region is the northern edges of Muhesi Game Reserve and this may surprisingly be the only place where it is protected.

The rainy season within this Reserve is between January and April and November to December but is the best time for bird watching much as accessibility is difficult due to the heavy rains leading to muddy roads. The annual rainfall ranges from 750 millimeters (in the eastern side) to 1300 millimeters (in the western sides of the Reserve) while the temperature is generally mild with very low humidity.  The best time for game viewing is December to February and June to September because during this time, numerous wildlife species converge around some of the permanent water points in the Reserve.

Activities to do when you visit Rungwa Game Reserve

This Reserve boasts of a widely spread area that offers tourists with access to one of the most exciting game viewing opportunities with notable animals to look-out for being leopards, warthogs, Klipspringers, Elands, Oribis, bush pigs, Grysbok, leopards, Elands, greater kudus, Zebras, buffaloes, Klipspringer, Dik-dik, lions, Nibbles, Roan antelopes and bushbucks among others.

Birding is another important activity conducted within this Reserve and offers opportunities of spotting the Pale-billed hornbills, yellow-collared lovebird, violet-crested turaco, plovers, Tanzanian red-billed hornbills and Ashy starlings among others.

Rungwa Game Reserve is the number one trophy hunter’s choice.

By road, Rungwa Game Reserve can be accessed by road transport where buses from Usangu or Tabora and Mpanda head to Rungwa via Inyonga village.