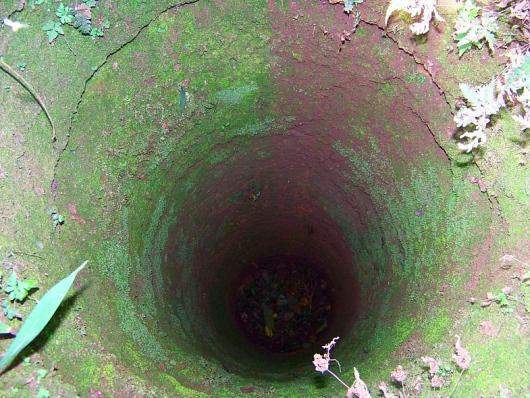 These pits are believed to be a home to Walumbe which means death, the brother of Nambi the wife of Kintu the first muganda. A visit to these pits rewards visitors with the most thrilling cultural experiences that are attached to Walumbe to suffering and death. Kintu was the first person and actually the only person on the planet, living with his cow and he fed on its cow dung.

Ggulu the creator of all things stayed in heaven with his children who occasionally came down to earth to play. At one point, Ggulu’s daughter Nambi and some of her brothers encountered Kintu and his cow in Buganda. Nambi liked Kintu and decided to live and get married with him. After her brothers pleaded with her, she went back to heaven with Kintu and requested for her father’s permission for them to get married. Ggulu wasn’t pleased though he blessed the marriage after Nambi persuaded him to accept her relationship with Kintu.

Ggulu advised Kintu and Nambi to evacuate heaven secretly such that Walumbe couldn’t find out about the marriage till when they had to leave. It was feared that Walumbe could insist on going with them and bring them misery. Kintu and Nambi embarked on a journey to the planet the following morning, taking with them the few things which Nambi packed and her chicken. As they descended down, Nambi recalled that she left her millet for her chicken to feed on. Kintu tried persuading her never to return to fetch the millet but in vain.

Along the way, she met Walumbe and she never told him of where she was heading to. Walumbe insisted on going with her. Kintu and Nambi were however forced to come to the earth with Walumbe. Since then, Walumbe has been murdering people up to date. It is believed that after reaching the earth, he hid from his brother-Kaikuzi in the Tanda pits thinking that he could take him back to heaven. The Tanda Pits features about 240 circular deep pits and 2 more remarkable shrines that are enclosed in the reed fence.  Inside the second entrance, there are spears, calabashes, shields and fire places which are named after gods including Kibuuka, Musoke, Ddungu and Mukasa.

There is also Nambi Rock which is situated about 50 meters off Tanda pits and it was this place that Nambi used to stay. The area features a curved rock with a natural source of water which people drink with a view of getting blessings. The Tanda pits are managed by traditional worshipers who get blessings from Nambi or Walumbe.

The Tanda pits are situated on the Tanda hills about eight (8) kilometers off Mityana town.

In conclusion, the Tanda pits are few most incredible cultural sites that are worth visiting while you are on Uganda safaris. If you are planning for your next vacation to Kibale Forest National Park or Fort Portal town, the Tanda pits in Mityana should be a must for you to make a stopover.