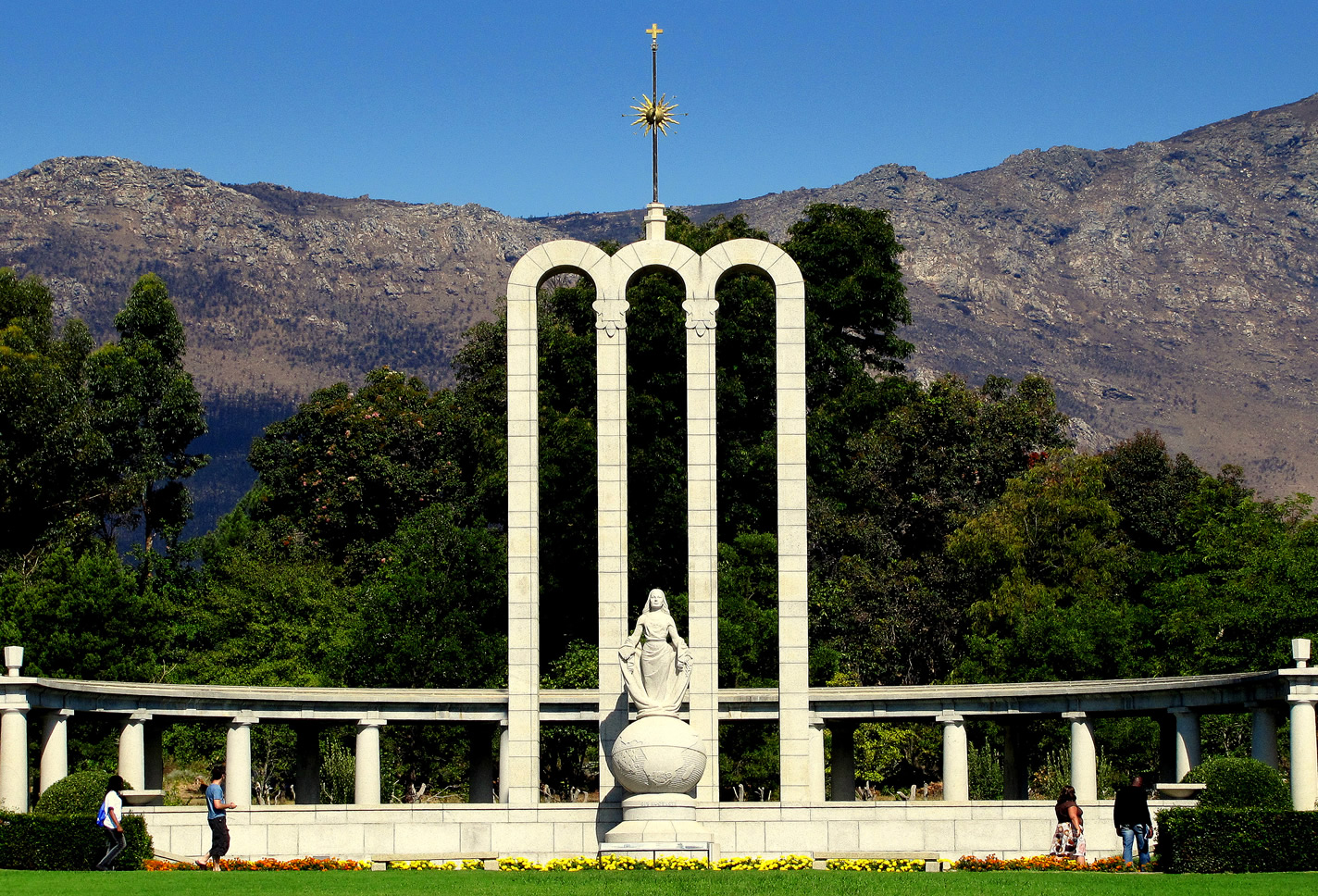 If you love exploring more about historical sites then this is one a few exceptional sites you need not to miss to visit while on safari in Africa. This monument was unveiled in 1948 and straddles within Franschhoek, Western Cape-South Africa. It is dedicated to cultural influences which Huguenots came with to Cape Colony after the immigration between the 17th and 18 centuries. This memorial site was designed by J.C. Jongens and its construction was accomplished in 1945. Its 3 high arches denote the Holy Trinity, the father, son and Holy Spirit. At the top of the arches, there is a sun of righteousness and over it, the cross of their Christian Faith.

The central female figure, established by Coert Steynberg, personifies religious freedom with a bible in her one hand and broken chain in another. She is casting off her cloak of oppression and her position on top of the globe shows her spiritual freedom. The fleur de lis on her robe denotes a noble spirit and character.On the extreme southern side, it shows the symbols of their religion, culture and art, viticulture and agriculture. The water pond on other hand reflects the colonnade behind it and expresses the untouched tranquility of mind and spiritual peace the Huguenots experienced after much strife and conflict.

This memorial museum explains more about the history of the French Huguenot who settled in the Cape and mostly the Franschhoek Valley. On display, there are many tools that were used to make wine, clothes they put on and culture plus wish to better life. Besides, the site also features wine cellars that are connected by colonnade that comprises words post tenebras lux. During the reformation, this was the motto of the Protestants and also inscribed on the reformation wall in Geneva-Switzerland. The other Huguenot memorial sites that you can explore in South Africa include the memorial site at the Johannesburg botanical garden where the 300th anniversary was celebrated of the Huguenot to this country at a time. Around the Joubert square of Wellington, Western Cape, you will find Huguenot Fountain and along the Queen Victoria Street, Cape Town, there is Huguenot memorial building that was built by the Huguenot memorial society. The mortal ruins of President Kruger also exist in this area prior being taken to rest in the Netherlands.

Conclusively, like most historical sites in Africa, the Huguenot monument equally rewards travelers with lots amazing history that it holds that is worth sharing.